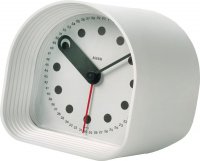 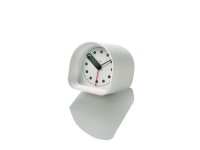 Joe Colombo was one of the Italian design's main representatives in the 1960s with several iconic creations, many of which are found in well-known design museums as, for example: MoMA, NY. He has been appreciated not only for his futuristic designs but also for his clear understanding of the time he lived in and what to expect both socially as well as artisticly. The first series of Optic alarm clock was produced in 1970 for Alessi, tragically, the year after Joe Colombo died at only 41 years of age. The alarm clock Optic is an excellent example of the design heritage Colombo left behind and it feels just as modern today as when it was created more than four decades ago. The alarm clock has a silent quartz movement. Materialer: plast Størrelse: 80 x 80 mm Producent: Alessi